One well will contain instrumentation used to measure turbidity, dissolved oxygen, conductivity, pH, oxidation-reduction potential, and depth to the water table in the Floridan Aquifer beneath campus. .

GFA International is drilling two deep (~150′) scientific monitoring wells on the south side of the new FSU-EOAS new building.

One well will contain instrumentation used to measure turbidity, dissolved oxygen, conductivity, pH, oxidation-reduction potential, and depth to the water table in the Floridan Aquifer beneath campus.  The other will contain a state-of the-art seismometer that will be able to detect both local and global seismic events and become a part of the world-wide seismic network.  Both of these instruments will be an important addition to the ways members of EOAS monitor Earth’s environment. Data from these wells will be displayed in real time in the new EOAS building.

Dan Paulus, who’s an FSU Alumni in Sports Management, is the Director of Community Relations for GFA International.

Dan graduate from FSU in 2003, during his time at FSU he also was a football coach at Lawton Chiles High School in Tallahassee and had a few professional opportunities after graduation. Dan remained active with FSU helping to spearhead Jimbo Fisher’s Camps before his departure.

When Dan was informed of the seismic station being installed he felt it was going outside Doak Campbell Stadium to measure the crowd’s roars and enthusiasm as the team returns to dominance. Little did Dan know he would be working on a State-of-the-Art facility!

Dan Paulus, no stranger to FSU remained active on campus and from his home in Boca Raton. Dan  Founded the Renegades of Reel Estate Fishing Classic to develop scholarship and monies for experiential learning in South Florida for the FSU Real Estate Center.  Dan also is very active with the Seminole Boosters in South Florida.

He said that it is good to be back on campus for a couple days! Dan is responsible for the media relations and crowd control around the drilling operations, while promoting the company’s work.

Randy Conrad and Paul Lemenze are both working for GFA International as drilling experts and certified Well Driller’s by NGWA. They were on the field at EOAS building, supervising the whole drilling operation. 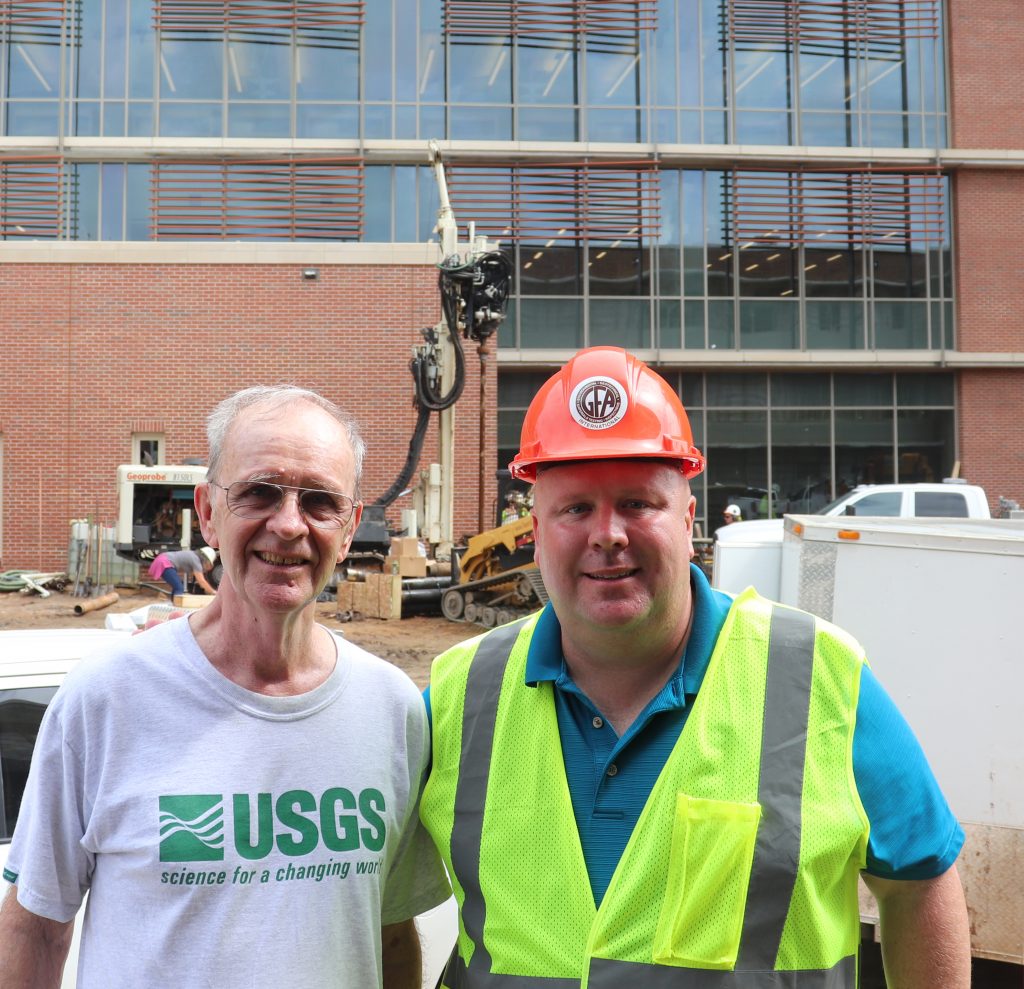 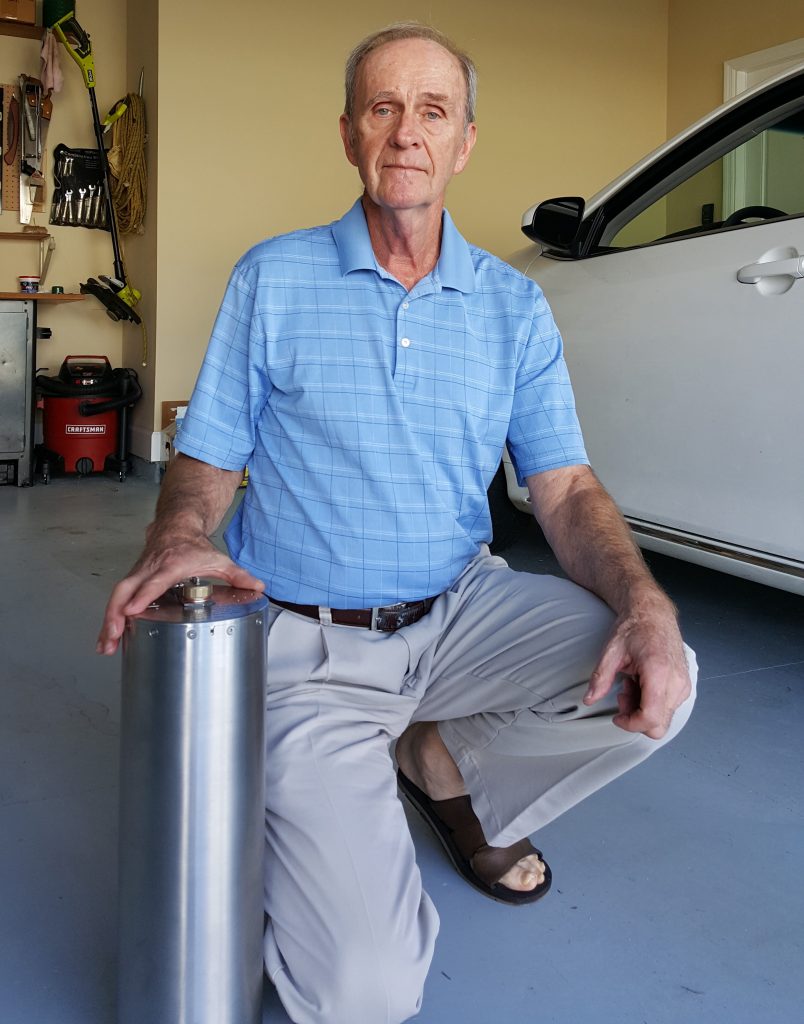 Dr. Bob Hutt is supervising the event as well. Dr. Hutt is the one who donated the state-of-the-art Seismometer for EOAS new building.

After graduating from Montana Tech in Geophysics, Dr. Hutt got a PhD in Electrical  and Computer engineering from the University of New Mexico in Albuquerque.

After retirement, he decided to enjoy his new life starting with moving to Tallahassee!

A company gave the seismometer to Dr. Hutt as a retirement gift.

Dr. Hutt looked for a place where the seismometer could be used to help researcher’s progress and he heard about the department of Earth, Ocean and Atmospheric Science at FSU. He got in contact with Dr. Tull at EOAS department and told him that he wanted to donate the seismometer for the new building.

What an amazing opportunity for EOAS’s people to get data from such a great instrument!

A seismometer would ideally be installed in the countryside, far from the city’s noises. But its location at EOAS new building will be totally fine because it will be nearly 150’ deep in the Earth.

There are two other seismic stations in Florida, one near Woodville, FL. It gives poor quality data and it is not installed very deep. The other, a very high quality station, is located at the Disney Wilderness Preserve south of Orlando. The seismic station at FSU will fill a gap in coverage in Florida’s panhandle.

Everything is utilized! After digging the hole, the cores taken out from the drilling will be

studied by Professors and students from the Geology branch of EOAS. The samples will give both a better understanding of the earth’s subsurface up to 150’. 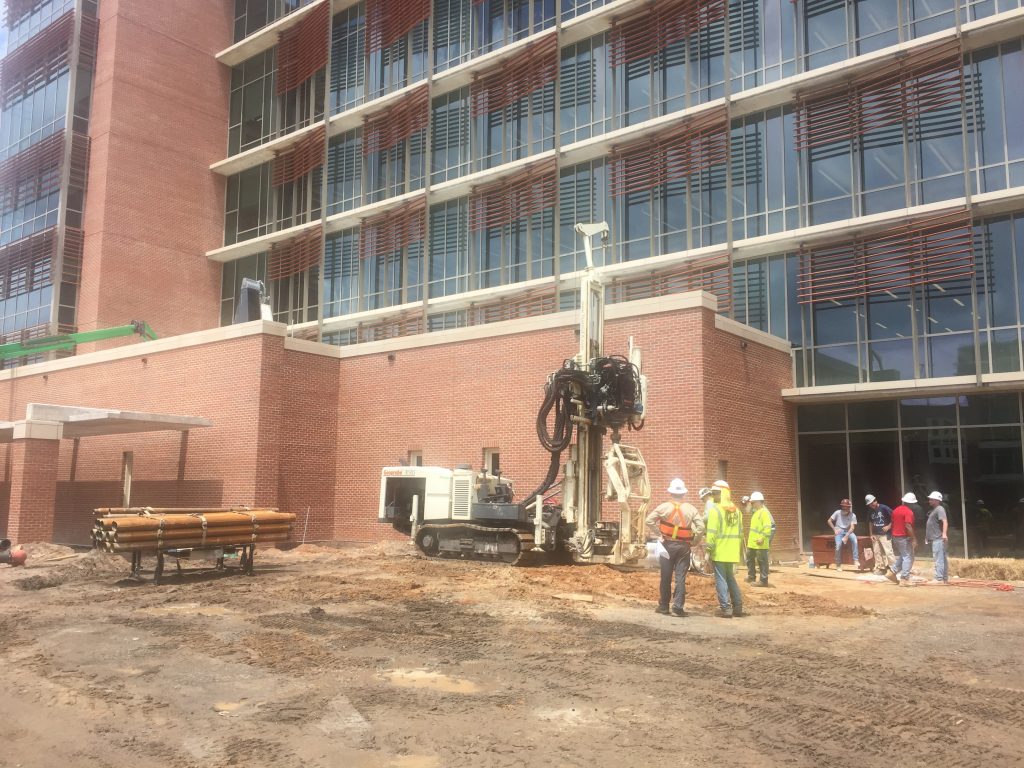 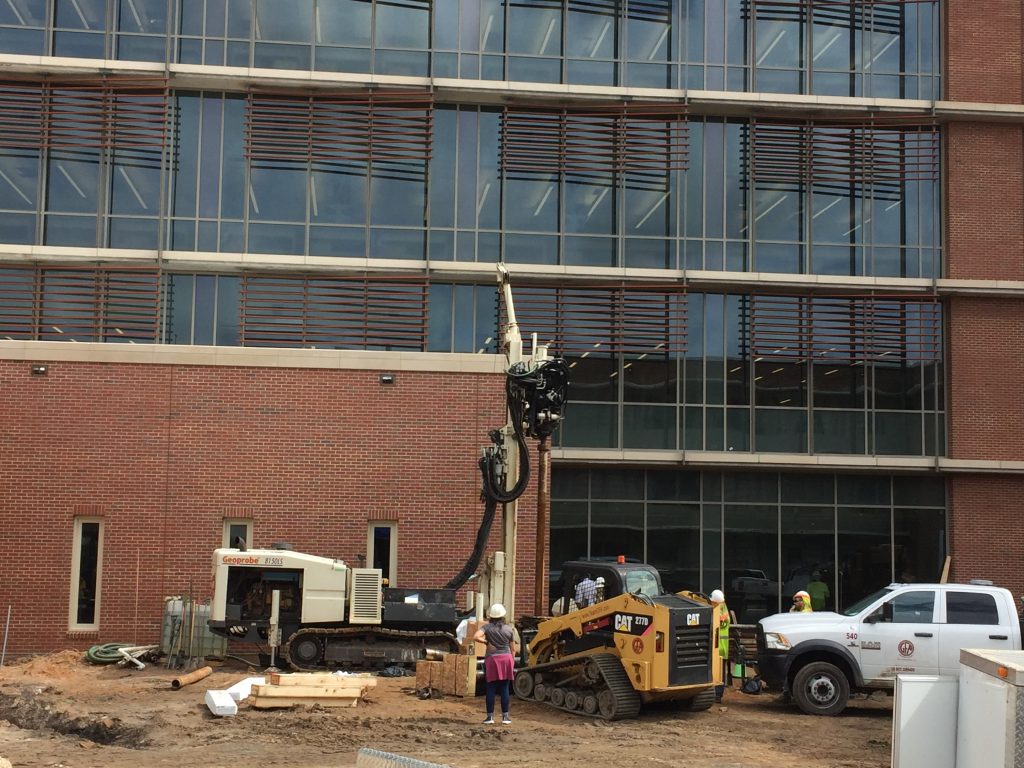