On August 8th, 2019, Dr. Vincent J.M. Salters became EOAS department new Chair.
“Research is the key for the department’s reputation, presenting an outstanding department to the outside world on how EOAS performs its research. To teach the students right, it is necessary for the department to use the latest instruments to produce the most accurate data.
The department has made excellent choices in new hires for the past 10 years and we need to continue that”. Says Salters. 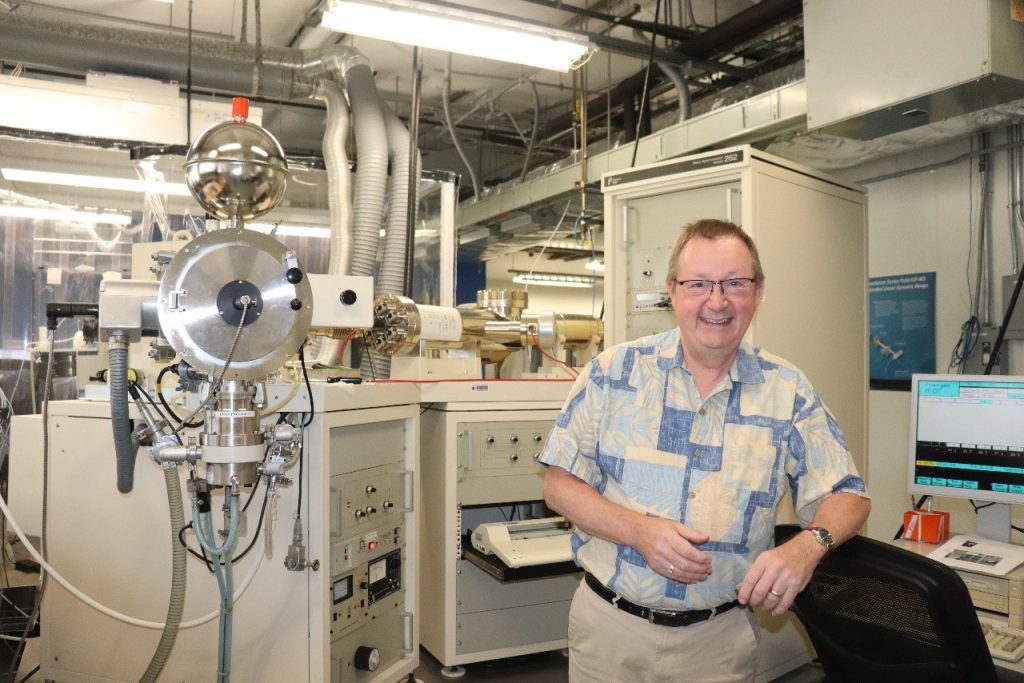 This position will be a big change in his career. The job is much more administrative than research based. However, Salters still loves his career as a researcher and he will continue to do some of it.
For him, being the Department chair means that you are an administrator but you also need to try to maintain a research presence.
Dr. Markus Huettel is EOAS’s new Associate Chair and he will be helping Salters in his duties.

Vincent Salters was born in Amsterdam, Netherlands.
Between 1976 and 1982, he obtained his Bachelor’s degree in Geology and Chemistry and a Master’s degree in Geochemistry from the State University of Utrecht, Netherlands.
He then went to Australia for one year to study at James Cook University.
After that, Salters studied at the Massachusetts Institute of Technology, where he received his PhD.
He then accepted a prestigious position to work at Columbia University: he attended the Lamont-Doherty Earth Observatory as a Lamont Postdoctoral Fellow for two years and further as associate scientist.

In 1994, Salters accepted an opportunity at The National High Magnetic Field Laboratory in Tallahassee and was hired as Assistant Science Scholar. He was one of the first 40 Scientist hired by The MagLab; he has been the director of its Geochemistry Program since 2001.
In 2002 he changed from Science Scholar to Professor in the then Department of Geological Sciences.
He is a fellow of the American Geophysical Union.

For years, EOAS has had three academics pillars: Oceanography, Geology and Meteorology.
Salters would like the academic boundaries become more diffuse.
One of the department unifying initiatives is the start of a graduate program in Environmental Science. This degree will give students an opportunity to learn from professors in the different branches housed within EOAS.

2019 is a year of many great changes for the department: all of EOAS’s will be occupying one brand new building and with it, bringing to fruition a new vision for the department.
It is the expectation that EOAS’s students, faculty, and staff will work more closely together once they have settled in under one roof.
It will be a great opportunity to learn about the different fields and research, make new connections, and foster cross-disciple collaboration.
Quality of space will also be optimized in the new building. It will offer an open-design layout for the purpose of communicating more easily with one another.
Four nice lounges will be used for informal meetings areas.

Some other highlights of the new building include:

– A groundwater monitoring well drilled outside the new building as well as a hole for a seismometer donated to EOAS by Dr. Hutt. This seismometer will occupy a “hole” in the global seismic network and will transmit its data in real time to the USGS and the data will be archived at IRIS (Incorporated Research Institutions for Seismology) – NOAA will be installing Science on a Sphere in the first floor lobby: https://sos.noaa.gov/What_is_SOS/index.html
– On the 6th of the building there will be a research deck for use with atmospheric instruments.
– FSU Master Craftsman Studio  at FSU Facilities is working on the windows frames and arts/sculpture elements.
– A statue of Eric Barron, Florida State University former President, will also be erected in the courtyard between the EOAS building and Carraway. The statue is another remarkable piece of art made by The FSU Mastercraftsman Studio.
Dr. Barron launched the project to create EOAS’s new building.
He earned a Bachelor of Science Degree in Geology at Florida State in 1973 before moving on to the University of Miami, where he earned Master’s and Doctoral Degrees in oceanography, in 1976 and 1980, respectively.
Barron is a Fellow of the American Geophysical Union, the American Meteorological Society, the Geological Society of America, and the American Association for the Advancement of Science. He has authored more than 125 peer-reviewed papers in geology, oceanography, and climate issues.
He led Florida State to two consecutive U.S. News and World Report rankings as the nation’s “most efficiently operated” institution of higher education.

In keeping with the spirit of a more a tightly knit department, Salters would like to get the professors out of the lab for a bit.
“We are planning a retreat! To examine and take stock at what we have within the Department and think about what we can improve as on team. What approach we are going to take? It is very important to understand our colleagues and discuss issues that concern the whole department.” Salters says.

Before taking reins of the new department completely, Salters used his first Faculty meeting to celebrate his predecessors. He presented the former Chair, Dr. Tull, and the former Associate Chair, Dr. Hart, with plaques thanking them for their years of dedication to the Department. 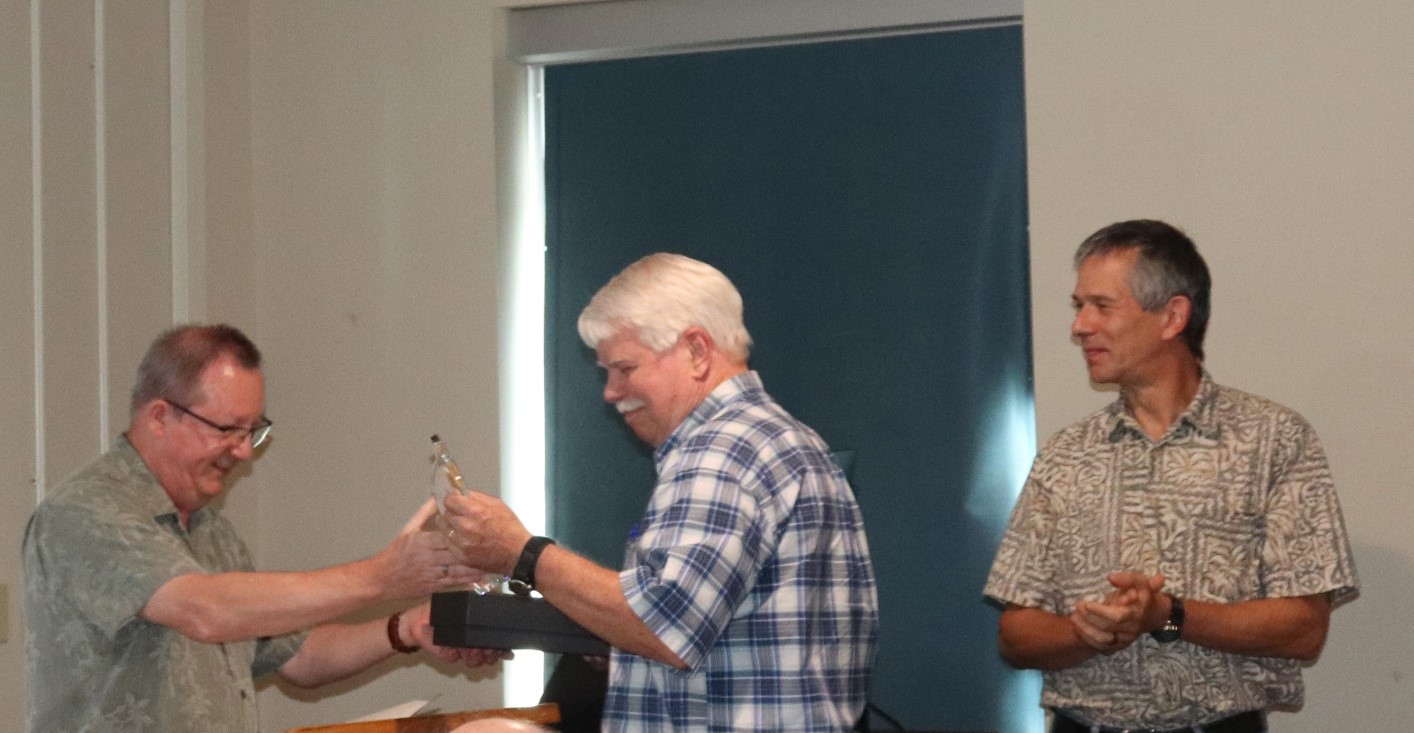 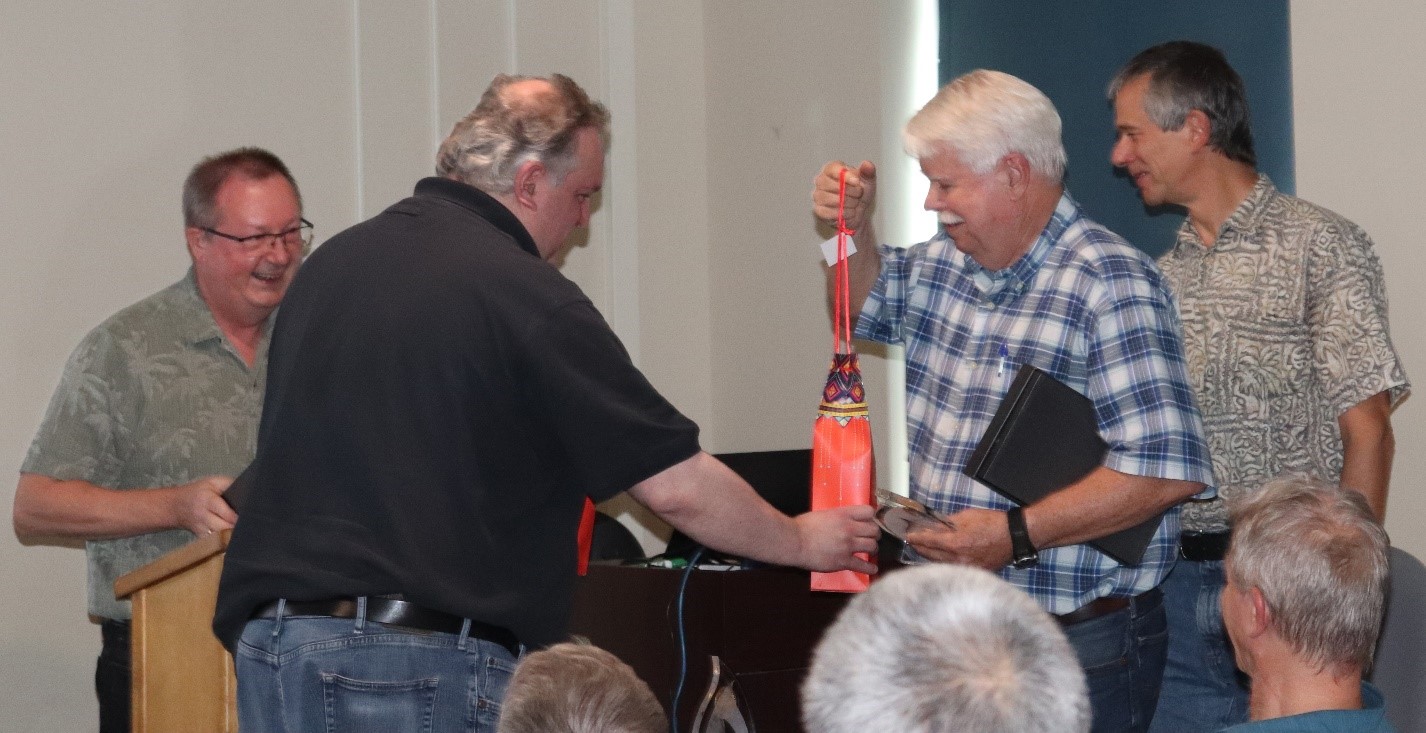 Vincent Salters’ main message going forward for the Department is related to the high quality of Research: “Our department is recognized externally for achieving excellence in research. It is important that we maintain this high profile and continue to strive for excellence.”