Dr. Sharon Nicholson, Meteorology professor for the FSU Department of Earth, Ocean and Atmospheric Science has been spending the last two months at the Gobabeb Research and Training Center in Namibia, supported by a Fulbright Global Scholar Fellowship. 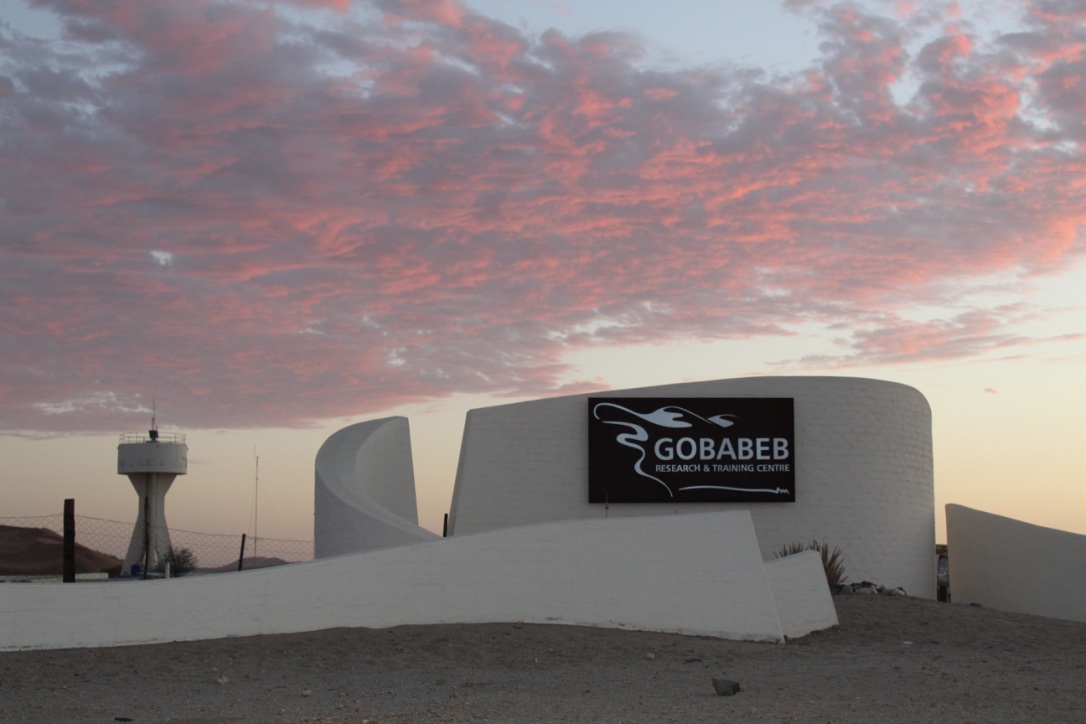 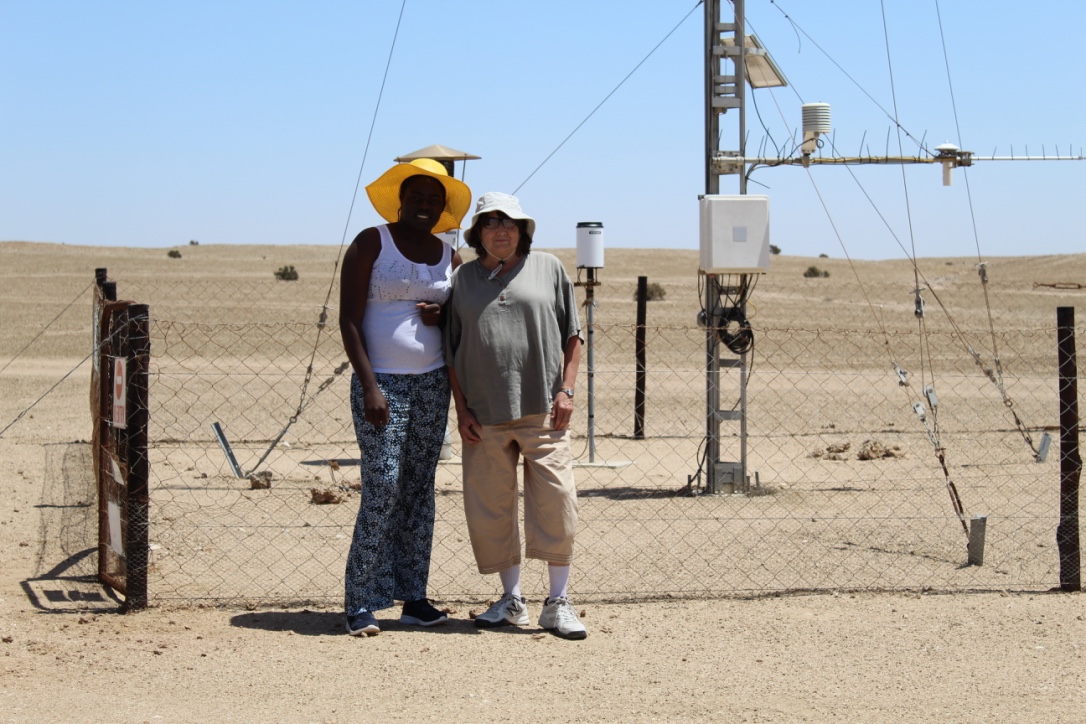 Gobabeb lies the edge of the Namib Sand Sea, which is a World Heritage Site, and along the dry but vegetated bed of the Kuiseb River.  Her research involves the extensive fogs, which sustain the ecosystem here. 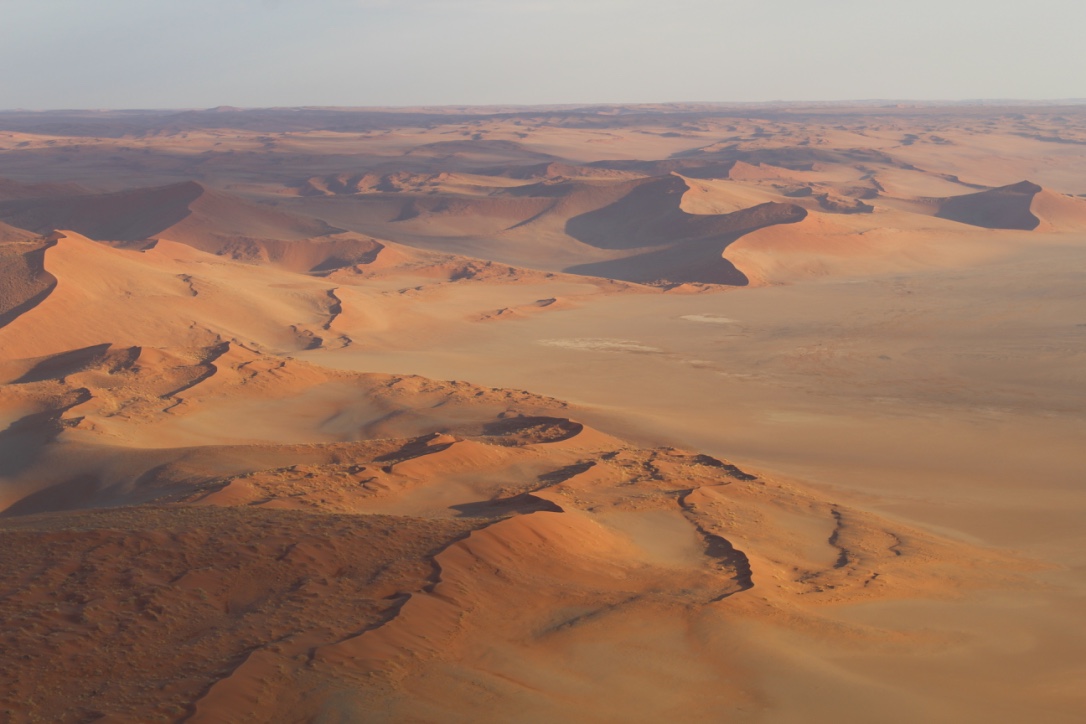 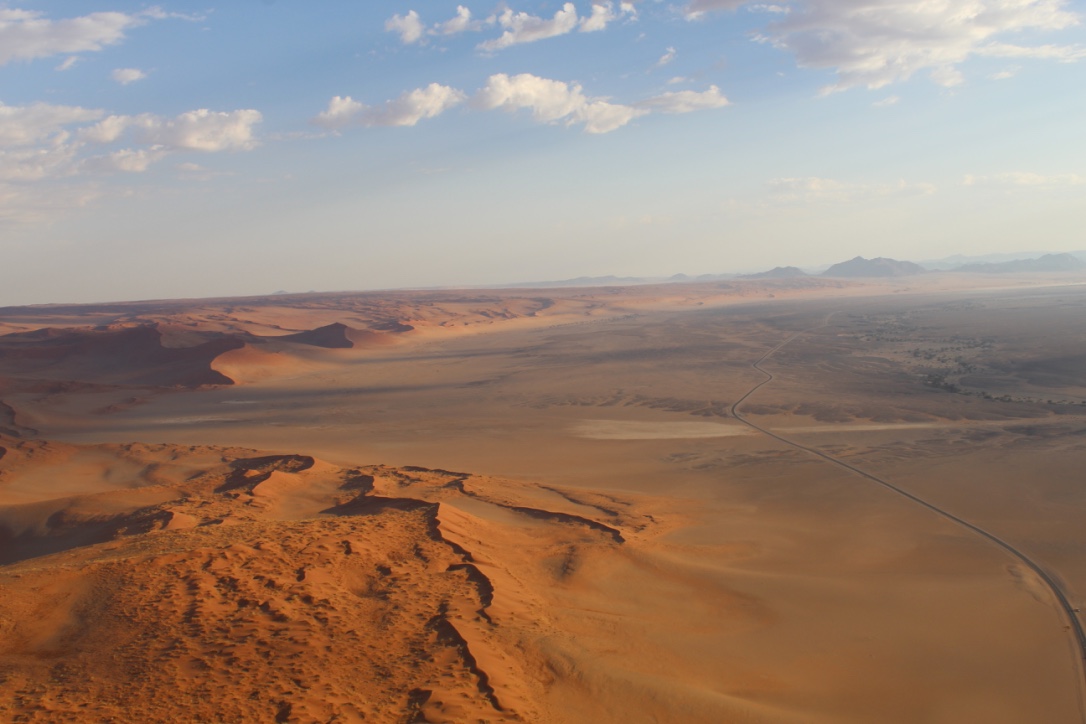 Her hosts have taken her out to the field many times, for example to do maintenance on the meteorological stations they are maintain in the region, or going into the magnificent dunes to survey vegetation.

Life thrives here despite the hyper-arid conditions.  Ostrich, oryx, zebras and springbok are commonly seen.  Her trips included several adventures as well as science, a low-flying aircraft tour to photograph sand dunes, a hot air balloon the see Sossusvlei, another World Heritage Site, as well as a quick trip to the Congo. 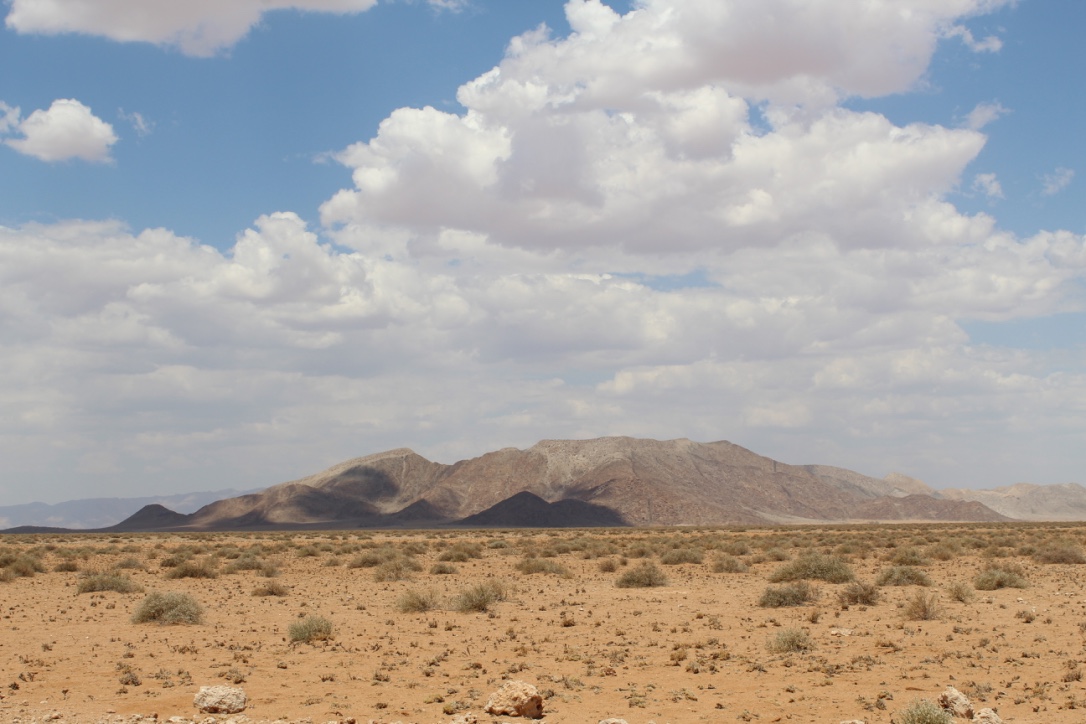 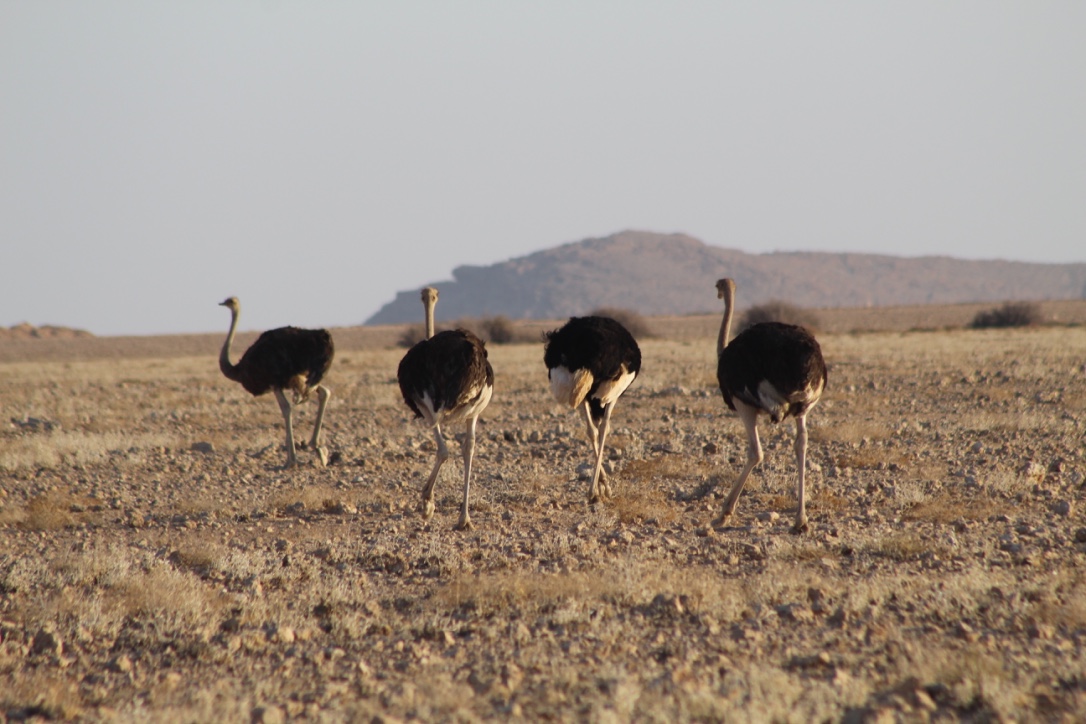 The trips, though, can be grueling because travel is generally limited to gravel roads.  The photo of the tire, after a 400 mile trip to Sossusvlei,says it all. 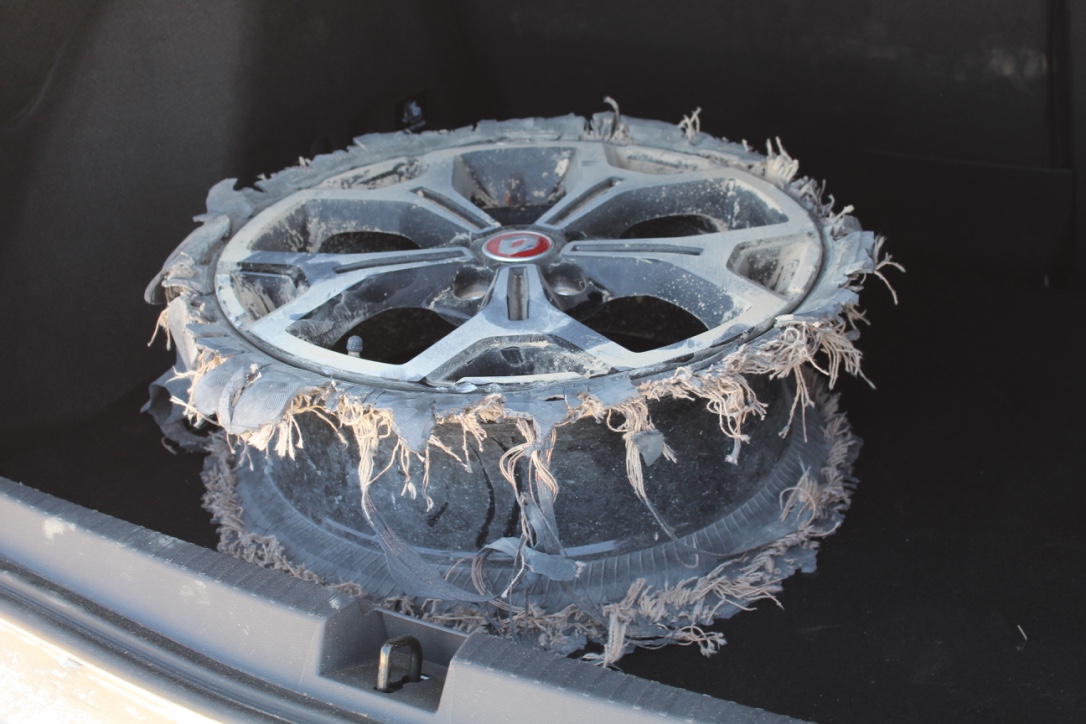 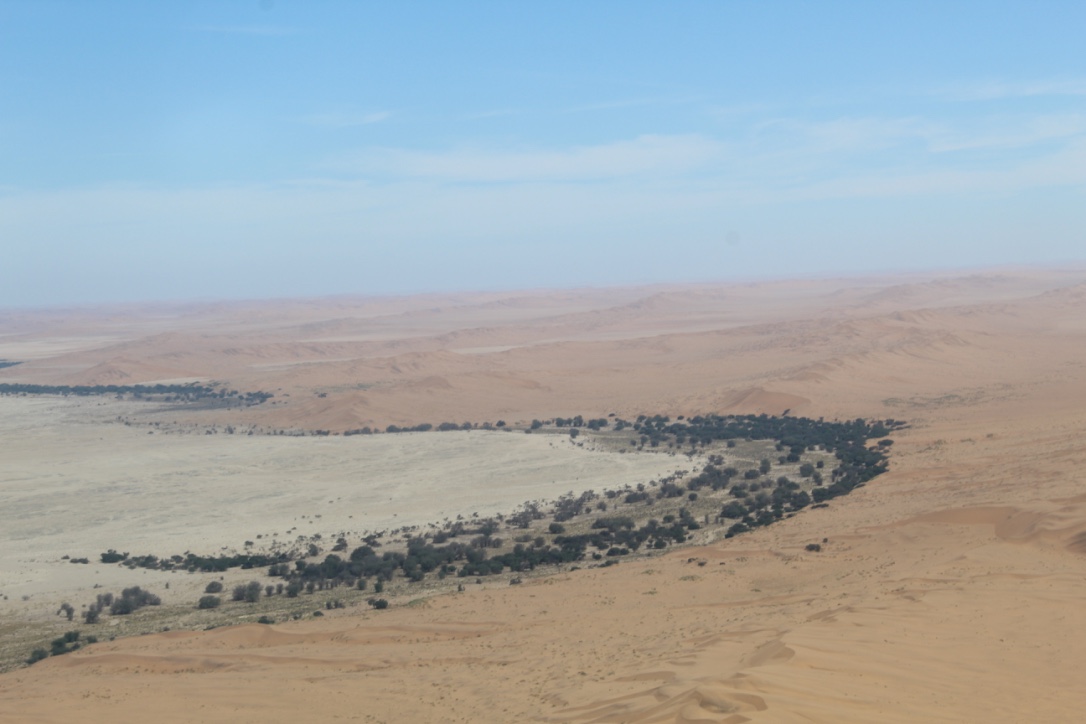 Fun facts:
Many species of beetles live in the Namib Desert. They are operating surprising behavior to survive in one of the driest habitats of the world.
A black beetle (Onymacris unguicularis) also called “fog-basking” beetle, gather its water from the fog and gets it to his mouth by using body position.
“Standing with its head pointed downward, the beetle orients its body to the wind to facilitate the condensation of fog on its body; the fog droplets then roll downward into its mouth” – Nicholson, S. (2011). Plant and animal life in the desert. In Dryland Climatology (pp. 468-481). Cambridge: Cambridge University Press. 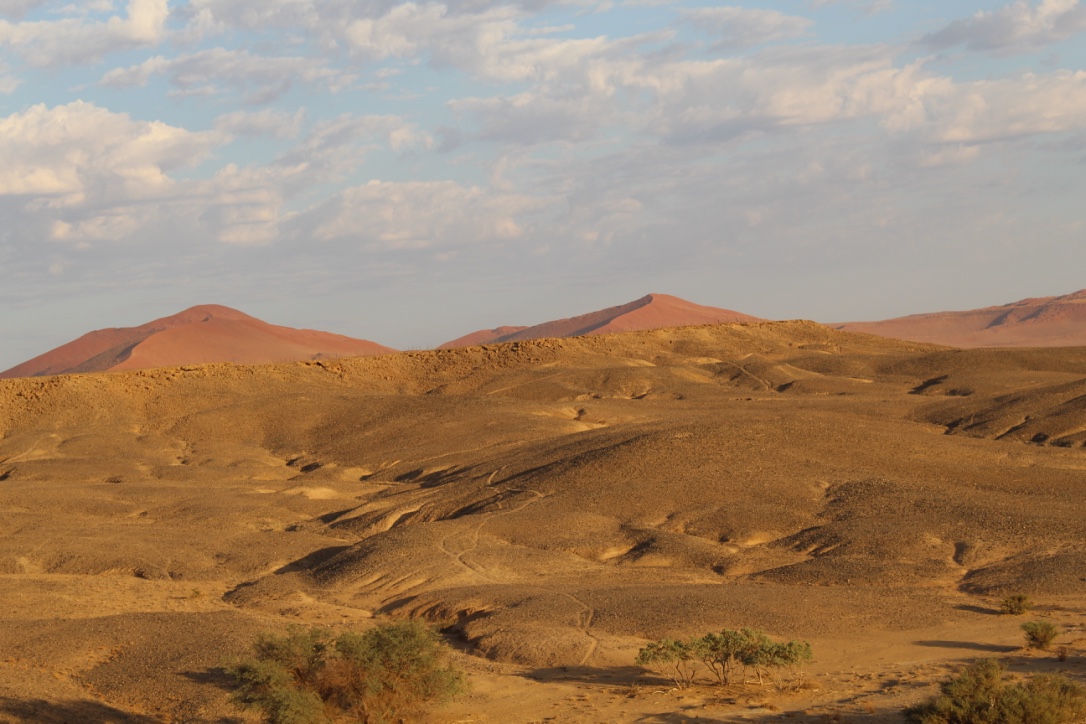 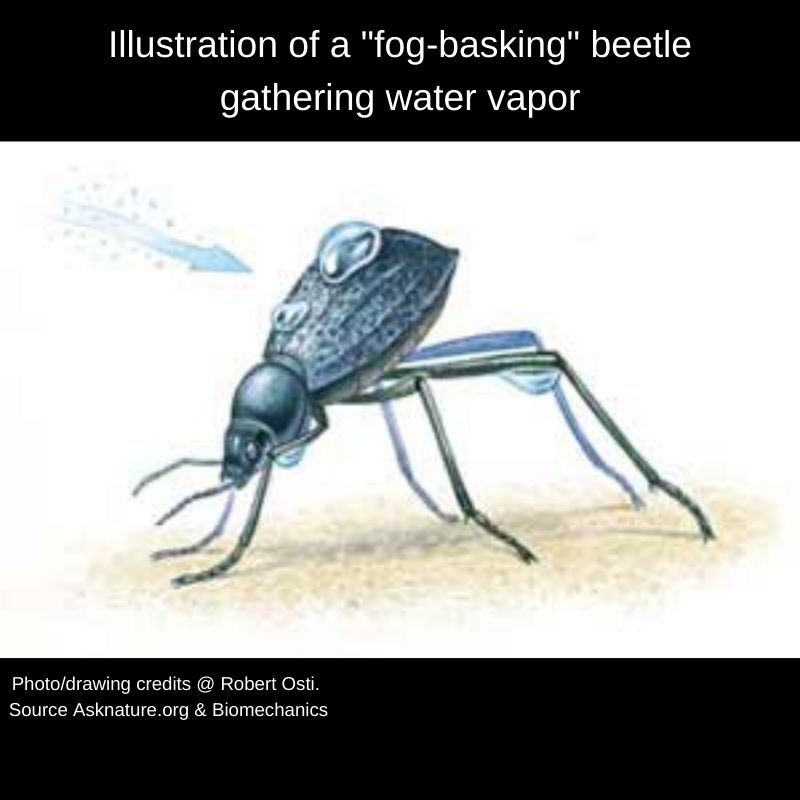