Long time faculty colleague in the Depts of Oceanography and Earth, Ocean and Atmospheric Science at the Florida State University Emeritus Professor Doron Nof passed away on August 1, 2022 at the age of 78 due to complications stemming from pneumonia. Prof Nof earned undergraduate and Master’s degrees at the Technion Institute in Israel. He then attended the University of Wisconsin earning a PhD in 1977, followed by a Postdoctoral appointment at the University of British Columbia. He joined the research Faculty at the University of Miami in 1979, and came to Florida State in 1981. He remained at FSU until 2016, when he retired after an unexpected downturn in health.

Prof Nof was known for his innovative studies in a number of areas in theoretical physical oceanography. He often focused in his career on coherent eddies and paleo-oceanography. Amongst his many recognitions perhaps the most singular was the receipt of the Fridtjof Nansen Medal from the European Geophysical Union in 2005. He was also a Named (appropriately enough, he was the Nansen Professor) and Distinguished Research Professor at the Florida State University. Later in his career, he branched out into studies of cave environments and underground aquifers. A long time cave diving enthusiast, he was involved in the exploration of the Wakulla Springs underground aquifer network. 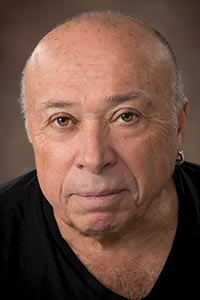